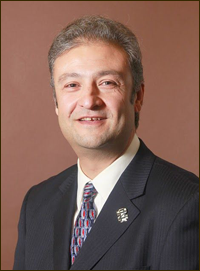 Mr. Farahmand is proud to provide legal Immigration counsel to clients throughout the United States and across the world. Mr. Farahmand has represented clients throughout all 50 states of the United States.  At the Law Office of Ali M. Farahmand, an experienced Immigration Attorney will handle every facet of each client’s case from the beginning until its final resolution and every client will receive a response to their questions and inquiries directly from Mr. Farahmand within a day.  Mr. Farahmand will guide each client step by step through the Immigration process from the beginning until its final resolution.

Ali M. Farahmand received his Juris Doctor from Notre Dame Law School, located at Notre Dame, Indiana, and received his Bachelor’s degree from the University of Colorado at Denver, located at Denver, Colorado. On a personal level, Mr. Farahmand has been residing in Southern California for the past twenty-one (21) years and he is happily married.  He is a great uncle to his niece and nephew and he enjoys traveling and is passionate about his sports teams.  Ali Farahmand speaks Farsi and English. At the Law Office of Ali Farahmand, all nationalities are welcomed and his staff speaks English, Farsi, Spanish and Arabic.

Let our experience achieve your goals